The Orígens Geopark supports universities that arrive to this territory, considered an open-air laboratory, to do some research and fieldtrips.

The Geopark supports and cotutorize different research thesis, heling students meet the research groups of this territory. We encourage you to come and do your research. Contact us.

This Campus has its headquarter in the village of Isona, in the Conca Dellà Museum that offers the possibility to discover this area that was once occupied by the Romans, and much before by some of the last dinosaurs that lived on planet Earth..

This basin, Conca Dellà, preserves on of the most important a set of palaeontological sets in Catalonia with remains of dinosaurs from a period between 72 and 66 million years. The fossil remains of dinosaurs (bones, eggs and footprints), as well as other animals and plants are preserved in rocks of different origins: Areny and Tremp Formation, both deposited when Pyrenees started to build up. 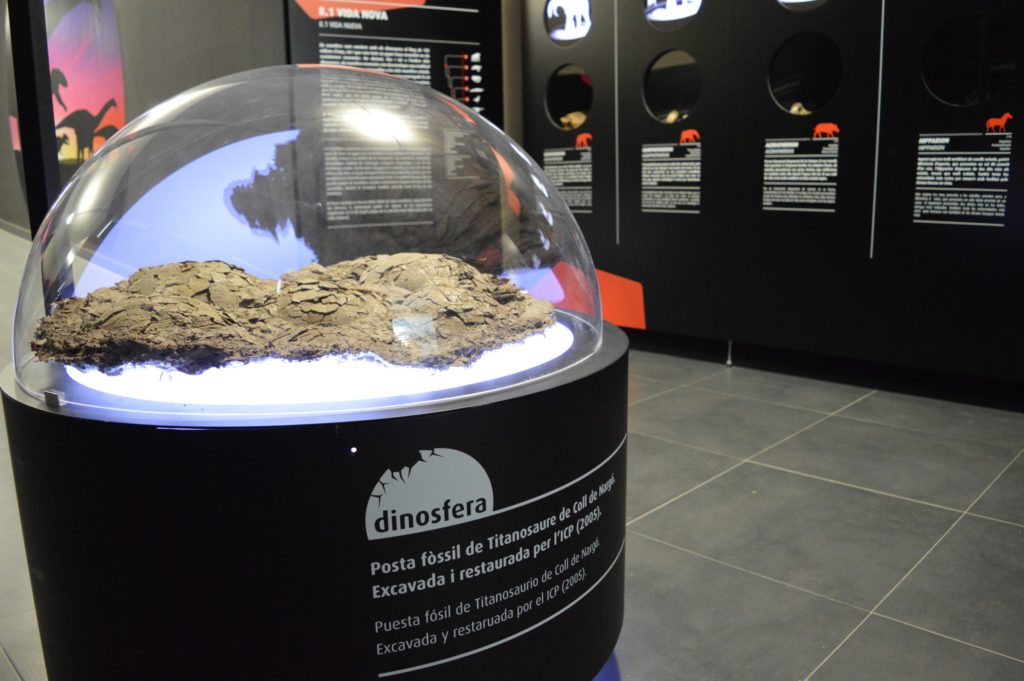 The palaeontological set of Coll de Nargó (Alt Urgell) presents a high scientific value and it is a international palaeontologic referent due to the qality and abundance of exceptional discoverings. The area of Sallent has the highest amount of dinosaur eggs ever known in Europe and it is one of the most important of the world. Likewise, dinosaur ichnites and bones area also preserved in the area, together with the remains of other animals and plants. It makes Catalonia one of the few places in the world that can describe the behaviour and the extinction of this big animals, aboout 66 million years ago.
Coll de Nargó has also a museum, Dinosfera, which has the explanation of the current knowledge about the reproduction of the dinosaurs.

The UAB Archaeology Campus was inaugurated in March 2015 and is the result of over 20 years of research and close collaboration between the CEPAP, Camarasa City Council, the Association of Research and Dissemination of Historical Heritage (ARDPH), and the UAB.

The campus includes three facilities where research and teaching is conducted, as well as dissemination of the cultural heritage of the region. Several activities are organised at the facilities, all of which are near each other: the Roca dels Bous Palaeolithic Site, Espai Orígens and Sant Llorenç de Montgai Archaeological Park

It is worth highlighting that the campus forms part of two international networks, the EXARC (Archaeological Open Air Museums and Experimental Archaeology) and the Ice Age Europe Network.