Research is critical to Geoparks. The following research projects are ongoing in the Orígens Geopark:

Evolution of ecosystems during the Paleozoic-Mesozoic transition in Catalonia. 2018-2021

The project devotes its efforts to the vertebrate faunas of the late Paleozoic and early Mesozoic at a regional scale. The project aims to carry out numerous paleontological interventions (prospecting, excavation and sampling), as well as analysis from multiple outcrops from the Carboniferous to the Triassic, aiming to understand how the ecosystems of vertebrates and related fauna were like. 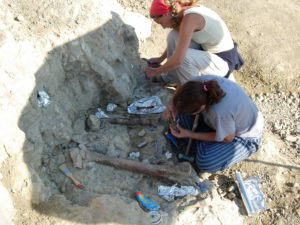 Study of the vertebrate faunas from the late Cretaceous in the Catalan Pyrenees. Area. The project includes numerous palaeontological interventions (prospecting, excavation, sampling), as well as analysis of outcrops to better understand the vertebrate ecosystems of the Late Cretaceous.

Paleonvironmental Dynamics of transitional Settings from The Cretaceous to the Eocene in the South-central Pyrenees. PGC2018-101575-B-I00. 2019 -2022

Study of the transitional media of the past (marine-continental) from the Cretaceous to the Eocene in the southern Pyrenean basin. Using sedimentological, paleontological and geochronological techniques, we aim improving the understanding of the processes that have conditioned the evolution of the Tremp and Àger depositional basins.

The objective of this research project is the recovery and study of new fossil remains from different groups (mainly primates, but also other vertebrates such as rodents, insectivorous, marsupial, perissodactyls, artiodactyls, carnivores, creodonts, reptiles, as well as remains of invertebrates and/or charophytes). This will be done through intensive sampling of known Paleogene sites and the localization of new fossiliferous levels.

The primates of the Cenozoic of the Iberian Peninsula: Evolution, paleoenvironmental and paleobiogeográfical aspects. CGL2017-82654-P. 2018-2020

Within the framework of this project, the different field campaigns focus on different regions, such as the Pyrenean basins, the Ebro river and the Vallès-Penedès. All these areas are previously studied large fossiliferous sites where findings of different ages have been made. The main objective of the project is to find new levels and recover new remains of primates in both classic and new sites. Detailed studies of all the recovered material may lead to the description of new taxa, and new interpretations of affinity between fossil and current species, as well as to interpret the locomotive behaviour and other paleobiological aspects of the different primate fossils. 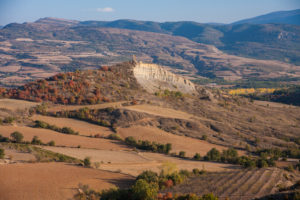 The main aim of the Project is to improve the knowledge of the following active mountain processes: snow avalanches, rock falls, large mass movements and flash floods by integrating monitoring, modelling and different methods.

Principal Investigator:   Dr.  Emma Suriñach, Department of Dynamics of the Earth and the Ocean, University of Barcelona.

This project investigates the gradual deoxygenation of the Montcortès lake, as a consequences of climate change, and its effects on the aquatic ecosystem and water resource. The loss of dissolved oxygen can entail a major alteration in the metabolism of the pond, with increase in the production of toxic gases (H2S, CH4). It may also favour the massive proliferation of undesirable and potentially toxic microorganisms, such as cyanobacteria. On the other hand, the expansion of the volume of hypoxic water could damage a large part of the aquatic habitat currently available for the higher species, including protected species. The study period covers from 1700 to the present.  With the results that we obtain, we hope to be able to answer to current problems and provide a framework for the management of the pond in the face of global change.

Society is becoming more vulnerable to natural climate variability. Notably, floods are among the most destructive natural hazards causing widespread loss of life, damage to infrastructure and economic deprivation. This project aims to provide a more comprehensive understanding of the long-term variability of hazardous (high-impact) floods at different temporal and spatial scales, by developing a high-impact flood database in Western Mediterranean. This project will contribute will enhance our current understanding of the natural variability of floods and its trace in the sedimentary record and help to address major concerns in relation to flood hazards and adaptation strategies. 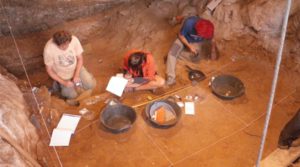 The main objective of this project is to explore the influence of carnivores in the development of the behavior of Neanderthal communities in two sites located in the Erinyà gorge, namely, les Llenes Cave and Tritons Cave.

This project includes the excavation and study of material from sites located in the Lleida Pre-Pyrenees, between the Roca dels Bous y Cova del tabac. We analyze aspects related to the Neanderthals and modern humans, way of life, as well as the emergence of the productive economy in the eastern pre-Pyrenees.

This work seeks to investigate the Iberian Eso, the boundaries of the republican Roman city of Aeso, its organization during the Roman Empire, its impact on the territory and its drift during the late antiquity. It is the study of a community between 500 and 800 AD involving twenty-one researchers affiliated to various centres. 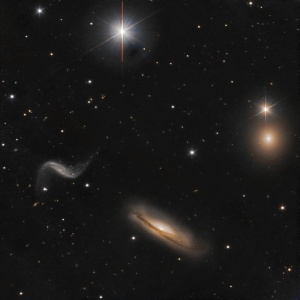 The objective of the project is to find and study Earth-like planets, measuring the properties of their atmosphere and searching for biomarkers. The project roadmap is structured around various missions or instruments in which the research group is participating: spatial missions such as CHEOPS, PLATO and ARIEL (ESA), and spectroscopy instruments such as CARMENES. The Observatori Astronòmic del Montsec Joan Oró telescope also provides scientific data for about 25 projects yearly  (50% nationally and 50% in at international level).

Pyrenees La Nuit aims to improve the quality of cross-border ecosystems by protecting and improving a very specific aspect: the Natural night Darkness. The rise in light pollution implies the loss of this natural value which is at the same time a determining factor in the state of biodiversity, ecosystems and people’s health. The final and main result is the development of a strategy for the protection and improvement of the night environment quality, which also serves as a reference and roadmap for other sites or areas that aim tackling this issue.